Not In My Wildest Dreams

By Melodie Wiebe - April 01, 2015
This is a synopsis of our first two years, out of twenty-two of missionary service in Bolivia. 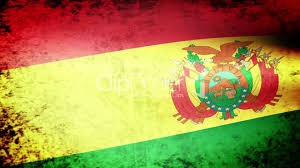 When God delivered me from the power of darkness to a new life in Christ, it was nothing short of a miracle, it was nothing what I had done, it was only God (Eph. 2:1-10). He transformed my life from selfish distasteful ambitions and gave me the desire to have fellowship with Him and glorify His Name. When wefound this new life in God’s word, I thought we were probably the only ones that had really found it, but soon after that we found dear friends that helped us grow, and growing we did, even our family and friends noticed it.

Soon after we found salvation in Jesus Christ, we started helping to serve in the church in different capacities. Four years later a missionary couple came to our church and shared about the help needed at the Chorovi Clinic in the jungles of Bolivia. John and I both felt the Lord nudging our hearts to go and serve the Bolivia people. After all, we had promised God, we wanted to serve Him wherever he would send us.

July of 1973, in a two-engine plane, we landed with great anticipation in Santa Cruz, Bolivia. As we got off the plane,what hit me first was the smell of the vegetation of the jungles.Then we saw in a distance a small mud house where the securityguards were sitting in the window opening. They looked at our passports, and off we went to look for our eight 72 pounds (each) suitcases, but no luggage had arrived. We never did receive our suitcases.

Our senior missionaries took us to do a bit of grocery shopping and off we went to our destination, an hour and a half drive through mud holes and dust with our two boys sitting on the tailgate enjoying the scenery. We arrived at the Chorovi Clinic compound, where we were stationed for the next two years. The place had lush green beautiful tall trees everywhere! For the next few weeks, we lived with the missionaries in a seven-roomhouse/clinic house, crowded to say the least. In those days we could not buy close for ourselves, (we were taller than the Latin people were). We were fortunate, to be able to borrow some cloths from our senor missionaries until I had sewn some.

I so well remember the first morning I got up, went outsidebreathtakingly beautiful vegetation. I can still smell the  fresh  air of the jungle, birds singing that I had never heard before, and hearing  the monkeys screaming and playing in a distance; IT WAS HEAVENLY.

After we had arrived at the clinic, my job started, within the next half hour I was in the clinic helping to deliver a baby. I had no midwife training; I was only a nurse’s aide. It was evident that Ihad a lot of learning to do.

For the next two years, we worked on getting to know the language, culture and clinical training. In the two years, I helped to deliver 240 babies; we were often left alone on the compound, I was fearing that one day someone would come to have her baby delivered and me being by myself, but fortunately that never happened. In those days, the only rubber gloves we had,came from Canada (none to be had in Bolivia); they were used for deliveries only.

My job was working seven days a week, most of the time; mindyou, there were some days without patients in the clinic, but we always had cleaning, and laundry to do.

I didn’t enjoy the deliveries all that much. My favorite job was bedside care, nurturing the under nourished kids back to life, and taking care of the very sick patients that had nowhere ells to go for medical attention. I absolutely loved my job. The patients were so very grateful for what we were doing for them. We were the only clinic they could afford and in reach.

For two years, I worked on getting to know the language, and understand the Bolivian culture. They are a loving, kind, generous and appreciative people. They have taught me so much, and it changed my outlook on life. They have become my people. I love them. I WILL NEVER BE THE SAME.

Challenging times also came. John and I both loved our jobs, and we knew the Lord had called us to Bolivia, but the testing was almost too numerous to bear. If I had not known that the Lord had called us to Bolivia, I would have gone home the first two months. We had intended to home school our boys, but no schoolbooks had arrived and missionaries said. “Your only alternative is to send your boys to a boarding school for missionary kids in Tambo in the mountains”. In addition, remarks were made, like: “You are not worthy to be called missionaries if you don’t want to sacrifice your kids”); that was almost too much for us to bear.

We were young and inexperienced in those days; the Lord has taught us to trust Him in everything. Now 42 years later, we still have much to learn. One thing we have learned, that is to trust Him, even when things are not going as we think it should. No, we are not there yet, but we know God is God, and he makes no mistakes.

Now we are not the same people as we were. We don’t always fit in, our concept in life is different. However, our lives have been enriched forever. The Lord has immensely blessed us.
One regret I have: we cannot do justice to the many wonderful friends we have here and in different countries across the globe.
​​​​​​​​​​Changed Forever
​​​​​​​​​​   Neta Banman
​​​​​​​​​​
Missionary trust