By Melodie Wiebe - November 02, 2015
I was asked in August if I would be willing to write a blog post for October. I immediately had the topic of Gratitude come to mind and started research. Then some shifting around happened and my little sister (whom I love very much) ended up doing October and I was given November. At first I thought I might need to find a new topic as the subject of Thankfulness is more suited for October but after discovering some of the things that I had, I thought it would still be appropriate. 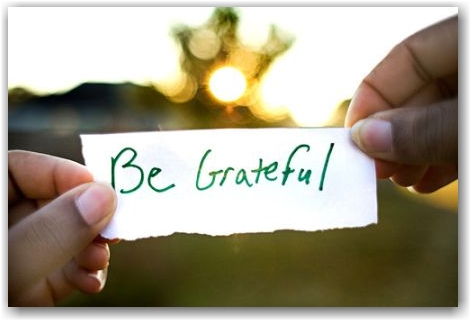 Back in August I decided to find out how much showing gratitude was a part of my life. I began keeping a record each day of at least one thing that I went out of my way to thank someone else for. It wasn’t just supposed to be a verbal “Thank you” to the person who holds open a door or my husband for handing the butter to me at dinner, although those are very important. I wanted others to genuinely feel that I was thankful to them for specific ways of how they had benefited my life. Here are the three main lessons that I learned from this experiment.

1. Showing Gratitude is Harder Than it Sounds
One of the first things that I noticed was that showing gratitude was definitely something I didn’t do enough. I had to consciously make an effort to look for things that others were doing for me. I lay the blame partly at my personality type. *smile*

Some people have gratefulness just naturally pour from them and I really admire them for it. They are alert to the actions and motivations of those around them and quickly say something to make others feel appreciated. Unfortunately, I am quite task focused much of the time and I tend to forget that others aren’t working just as hard as I am for the pure joy of accomplishing the job that we are working on or I assume they know that I appreciate what they are doing. Both of these are incorrect and something that I am actively trying to change.
Consciously looking for ways to show my gratefulness to others made me realize in how many ways others do benefit my life and how so many of the projects I work on would not be nearly so effective if it wasn’t for the people in my life.
At first it was easy to forget to consciously show gratitude. It took a great deal of effort on my part to thank a person a specific thing they had done or to write a quick note telling someone how something they said or did made a difference to me but as I saw how it encouraged others to hear those thank-you’s it gave me motivation to continue.

2. Gratitude Shifts the Focus From Me to Others
I went along for a while and everything was going well but in September when school started things hit a bit of a wall. I became very focused on my tasks and students again and began to forget to show gratitude for specific things. It is natural to me to say “thank you” when a student hands me an assignment or a colleague reminds me of something I had forgotten but to stop and say “thank you for (something specific)” was forgotten much more than it should have been. I began to feel discouraged and quite alone in what I was doing but then realized that I had stopped looking for ways in which to be grateful to others. I can’t focus on being thankful to others and feeling sorry for myself at the same time. So I had to again start writing down ways I was showing gratitude to others. When I began keeping my eyes open for the good things that others were doing for me, my discouragement lifted for the most part. The people were still there. It was just my focus that had shifted.

3. Showing Gratitude Makes a Difference
In one instance I sent a quick Facebook message (See! Facebook can be used for good) to someone who had encouraged me and shortly after received a message back saying that I had made her day, which in turn made my day. I also noticed that it made a difference in how people interacted with me after I would show gratitude. They were often more cheerful and willing to interact with me if I had showed them they had worth. This was not a manipulation tactic. This was me genuinely showing appreciation for the ways they had blessed me.
It also made a difference in my own life because I wasn’t focusing so much on myself and negative things that I perceived were happening to me but on the positive things that were going on.

We are commanded over and over in Scripture to give thanks and yet it still seems like a challenging command. Gratitude really should be a natural outpouring of the thankfulness that we feel both to God and others for the blessings that we have received.

So give it a try, especially if you are feeling discouraged. It’s amazing how much lifting someone else’s spirits will lift your own.
--
Sherry Peters
Beacon Bible Chapel