Musings of a Mother


This blog was hard in coming together for me. I just had all kinds of ideas in my head that just didn't come together right. I've done lots of journaling since I was about 10, but you just can't be as transparent with the world as you can be with yourself. I will attempt to share a little bit about what I believe the Lord has been teaching me.

First of all, I'm someone whose mind can go all over the place in a short amount of time. I see way too many things I could be doing as a mother and wife with no time to actually accomplish those things. So I try to do a little bit of many things. And I can't really excel in any one thing. For me, it's a source of real frustration when I just don't know what kind of mother I need to be. As I've been seeking for answers, I feel the Lord has been
trying to slow me down and focus on those things which are truly important. My relationship with the Lord and my husband, the hearts of my children, and raising them for the Lord.

So I've come up with a few things that might not sound very intelligent but give me a starting point. First of all, if I don't start my day early, that is a good recipe for having a lousy rest of the day. This might look different for each person, and you need more rest at certain times than others, but I think each one can sense when laziness is an issue. This was a struggle with me for years, but having a strong desire to be an early riser, I pursued
that goal even when I kept failing, and slowly I became more consistent in getting up earlier to make more of my day. And making it a priority to spend time with the Lord in the morning, especially together with the kids, usually makes for a more positive start to the day. 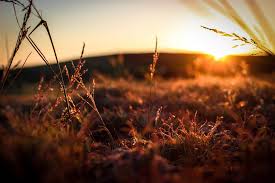 As mothers of young children, we often compare ourselves to those who are years ahead of us in experience and try to measure up. The mother that has her pantry full of a variety of canned goods, and I'm still working on perfecting pickles. The ones who have their tidy houses tastefully decorated, and I'm mostly trying to keep mine clean.

Learning the art of canning, gardening, sewing, cooking, or whatever it may be are all good things, but when I try to do all of those things and be on top of it, that's just not going to end well. The best results for me are when I patiently try one thing at a time, and if it turns out, great! I've learned something new. I've officially accepted that sewing is not for me! There's just nothing in me that is inclined to sew my own clothing. Maybe we will need to accept that some things God has just not gifted us with. I find the best time to try something new is when I get inspired by something and just do it! The pressure of measuring up to others just doesn't work!

I can often feel so scatter brained about trying to accomplish things, my kids don't get a lot of undivided attention, which results in much more misbehavior and disrespect. Which in turn sets off the temper of an already bedrazzled mother! And it all just ends bad. I don't like being that mother! I've learned that I need to focus on raising them with

good morals and character and discipline, and that requires narrowing my focus and cutting lesser things out of my life. To be patient, and slow to anger, and teach them new things, resisting the urge to do everything for them so it'll be done right. To see them excited about having learned something new, that's a good feeling to a mother!

I think as mothers and wives and, women in general, we need to stop comparing ourselves among ourselves (which is not wise) and allow the Lord to redirect our focus on those things which He has for us. Is it worth our children's hearts to have our house in tip top shape, is our treasure really in heaven when we have to be caught up with the latest trends? Let's ask the Lord to simplify our focus and direct our hearts toward His purposes. That in the end, all that will matter to us is that we glorify Him.

"And that He died for all, that they which live should not live unto themselves, but
unto Him which died for them, and rose again".